I don't think I'll ever puzzle out this interwebby thing. Last week's meander "Lines, radios, and cables - oh my" was a bit more widely read than I expected a meander about cables to be. Quite the quiet surprise to me. Thank you all for the feedback I've received.

There was nothing new in that blog. I expect just having a summary of some of the aspects of those things mentioned was a useful consolidation. Most people knew most of the stuff but perhaps a few little snippets, like hollow-core fibre, open ladder lines, and HF MIMO found a broader audience.

There was something new to me this week that took me a little by surprise.


How about a Terabit per second over your home's existing copper telephone cable?

Back in 1899, Arnold Sommerfeld wrote in "Uber di Fortpfanzung electrodynamischer Wellen langs eines Drahtes", [Ann. Physik u. Chem. 67, 233 (1899)] something I can't read as my German is not so great, but James R Wait assures me, in English, in 1957 via "Excitation of Surface Waves on Conducting, Stratified, Dielectric-Clad, and Corrugated Surfaces" that it says,


"It was pointed out by Sommerfeld [8] nearly 60 years ago that a straight cylindrical conductor of finite conductivity can act as a guide for electromagnetic waves."

This may be important if you want a slightly terrifying Terabit, or World Turtle-like, Internet connection coming into your home but can't get fibre in your digital diet. Just this week Rick Merritt over at EETimes wrote a nice piece, "DSL Pioneer Describes Terabit Future: Wireless inside a wired Swiss cheese", on Terabit DSL, or TDSL. This is an approach, not yet real, that may deliver Tbps capable DSL over your existing copper wires into your home. Perhaps Australia's NBN isn't so silly in its fibre to the node approach.

The really cool thing about this approach is that it is sending the signal down the gaps within the cable. It is using the effect described by Sommerfeld in 1899. The cable's wires are acting as waveguides and the signal is propagating down the cable as a surface mode. The signal is rocketing down between the wires! Kind of cool.


The suggestion is to use something like 4096 sub-carriers from 100GHz to 300GHz with 48.8 MHz spacing using bit loadings of 1-23 b/Hz for a Tbps, or 50-150GHz for 10Gbps. Little antennae around each wire end, including at the customer premise.  You'll need high-speed analogue to digital converters and a vector processing engine capable of many teraops to pull out the signal. Perhaps you can even do a Peta bps for a 10cm cable instead of 10Gbps at 500m. It's certainly an interesting cable that doesn't yet exist.

This sub-millimetre waveguide approach may propagate fast but it is likely the vector processing used to suck the bits out of the cable's gaps will take a bit too much latency to provide a true low latency solution. The other stumbling block would be the short cable lengths, but you never know when silicon gets involved how cheap or low latency those repeaters may be one day. One for the future. Interesting nevertheless.


TabbForum produced a tidier, edited version of the previous cable article. Larry Tabb's TabbForum is a forum worth keeping tabs on. Larry's Market Structure Weekly videos are a great summary of market events and ideas worth knowing about - highly recommended. In the comments of TabbForum, Sam Birnbaum (W2JDB) as an amateur radio and finance guy noted the travails of long range RF comms. Too true.

Before the later part of 1994 at Bankers Trust in Sydney, we had a microwave link to a production data centre over the harbour from the trading floor in the CBD. Not the best design choice. Heavy rain was problematic and smoke from bushfires was deadly to the link. Short links are tough and long links are tougher.

Difficulties abound at the best of times with HF propagation, especially with respect to the ionosphere. Australia relies on the ionosphere more than most countries. Our large sparse country relies on its HF based Jindalee Operational Radar Network (JORN), or over the horizon radar (OTHR), for layered surveillance out to around 3,000 km. Defence denies they can see a flock of seagulls in Singapore. Within this OTHR scheme, there is much reliance on characterising and predicting the ionospheric conditions.

A HAM, like Sam, faces the same issues for HF. We rely on ionospheric maps to work out appropriate transmission characteristics such as this one from Australia's Bureau of Meterology - Space Weather Services: 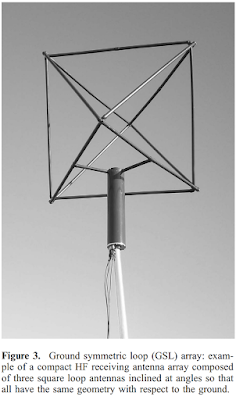 This map shows the critical frequency of the Ionosphere's F2 Layer. Roughly speaking, frequencies below will bounce, if approached vertically, and frequencies above will partially, or wholly, leak out to the stars. HF transmissions approach the ionosphere obliquely, so such a map acts as a strength map rather than a hard and fast constraint. Also with HF, you may get awkward dead zones. Such zones are too close for a normal skywave bounce but too far to reached directly or by a near vertical incidence skywave (NVIS). Not always, but sometimes. Rough seas, wind, lightning, and meteors can all have a disruptive effect on HF. HF is a bunch of trouble. This is not the worst result as transient comms that provide a latency benefit some of the time may still be helpful to a trader. After all, multicast UDP has no guarantee either, even if those guarantees are orders of magnitude in difference. That said, low enough latency with adequate HF MIMO reliability is a real challenge.

I mentioned previously the large gaps you may need for your antennae for HF MIMO. That may no longer be the case. Instead of just spatial diversity, advances have also been made in polarisation diversity. Smaller antennae for HF MIMO may be OK. To the right is an example from Jiatong Liu's October 2015 PhD thesis, "HF-MIMO Antenna Array Design and Optimization" which also made it into Radio Science's 2010, "MIMO communications within the HF band using compact antenna arrays" [S. D. Gunashekar, E. M. Warrington, S. M. Feeney, S. Salous, and N. M. Abbasi].

If you'd like a very readable summary of HF technological progression then chapters 1 & 2, pages 1 to 23, of Mohammad Heidarpour's thesis, "Cooperative Techniques for Next Generation HF Communication Systems" are pretty easy going, clearly written, and have a minimum of Greek formulae.

So, just perhaps, a small dwelling in Cornwall would do instead of a trading farm, though the spatial diversity may not hurt you.

HCF has been around for a little while, with the first demonstration in 1999, and the terminology can be a little confusing. Few-mode transmission may be used over HCF. Sometimes HCF cabling gets referred to as FMF. However, there is a particular cable referred to as FMF. Just to confuse things further sometimes few-mode is used and other times fewer-mode is used. Also, as a nascent technology, there are many types of HCF as the race goes on to build better, or more specific, cables. 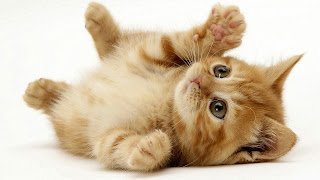 Cat videos also drove the development of HCF and FMF. FMF is a technology that has multiple uses. HCF can do high power and deliver lasers to another point. HCF's low latency can be useful in physics labs, especially for synchrotrons and the like. That said, one of the biggest reasons for the development of FMF, and not just HCF, is the Internet's exponential growth trajectory. It's all those cat videos peeps are watching. There is grave concern that all the regular old SMF optical cable we have in the ground may never be enough for all those fuzzy balls of fun. We could run out of plumbing. With multiple cores, we can do some MIMO space-division multiplexing (SDM) over a fibre and potentially get huge bandwidth benefits. HCF may allow us all to safely watch cat videos forever and a day. Bullet dodged.

Here is a little illustration of different fibre types for you:

In the above diagram you'll see a cable termed FMF but sometimes other cables in the picture are somewhat informally referred to as FMF due to their use of few modes. That probably shouldn't be.

There are plenty of different types of HCF to amuse yourself with too. The main search ongoing in the HCF space is finding lower loss levels or attenuation, sometimes measured in dB/m, but, hopefully for a trader, measurement in dB/km is preferred. Such attenuation optimisation may involve trade-offs in bandwidth as a single mode or few modes may only be appropriate to a quite limited wavelength of light.

Here are some of the variations in HCF:

In terms of longer transmission for FMF, here is a list of trails from Haoshuo Chen's 2014 thesis with ranges from 17km to 7,326km:
However, remember FMF and HCF are not the same thing. HCF should more properly be referred to as hollow-core photonic bandgap fibre (HC-PBGF) but most just refer to it as HCF. Sometimes HCF just gets lumped in with all the other FMF classes and referred to as FMF.

HCF types differ too. Telecom fibre and particle acceleration use cases differ. Telecom fibres want a particular core mode and few or no surface modes. A particle accelerator fibre wants a particular surface mode and no core modes to suck input power away. This leads to divergence in HCF design. Not all HCF cables are equal.
I'm glad I cleared that up for you. Just remember, HCF is the fast one. If you hear FMF, ask if it is HCF. You'll be able to confirm by the latency numbers, as 0.997c is not too hard to work out. Look out for an HCF coming to a trading link near you.


KB commented on my previous cable article that Fermilab succeeded with the first neutrino communication in 2012 over 1.035km including 240m of planet and a bit error rate of one percent, providing the MIT article, "First Digital Message Sent Using Neutrinos" referring to the paper, "DEMONSTRATION OF COMMUNICATION USING NEUTRINOS" [Stancil et al, 2012],


"In summary, we have used the Fermilab NuMI neutrino beam, together with the MINERvA detector to provide a demonstration of the possibility for digital communication using neutrinos. An overall data rate of about 0.1 Hz was realized, with an error rate of less than 1% for transmission of neutrinos through a few hundred meters of rock. This result illustrates the feasibility, but also shows the significant improvements in neutrino beams and detectors required for practical applications."

That's an explicit communication protocol - nice. The Opera Experiment reported, "Runs with CNGS neutrinos were successfully carried out in 2008 and 2009" which was earlier but not explicitly for communication, though the transfer of information did take place. So, who's on first?


"I am especially thankful to S. Kubrick and P. Sellers whose work served as inspiration."

Being There, sprang to mind and I laughed out loud.

The SPS used for the proton beam in the Opera Experiment cost 1150 million Swiss Francs at 1970 costs. You probably don't need 400GeV. An HFT will need to work backwards and figure out what GeV she can get away with for her beam and then match a detector. Another teensy difficulty will be enabling regularly enough irregular pulses that suit your events as continuous operations are unlikely to be possible for a while yet. You have to ensure your tech can complete your analysis in real time with the appropriate latency benefit. Then you might be able to cost your through-the-planet signalling setup. Surely you can do better on costs than SPS in 2017? It should be a fun project.