No sight nor sound of the 40G NIC from Exablaze.

Their own blog and Waters Technology reported back in 2013 that a 40G NIC was on the way.

Turns out Exablaze can't seem to deliver on the promises (aka lies) they make. Now that their financial trading business has been shuttered, perhaps the tech business is not far away from the same fate?

Good riddance you'd have to say.

I found this lime producing bacteria laced concrete quite thought provoking and inspiring for some reason. It makes me wonder about the economics of road building and if concrete may make a comeback.

Self healing concrete from Delft University of Technology and Henk Jonkers.

It's a finalist in the European Inventor Award 2015.

Bacteria that lies dormant in rock for 200 years and then does its work. Makes it hard to rule out life on Mars, doesn't it.

It raises questions about what is low tech and high tech. What is natural or organic and what is artificial?

Pica8, Inventec, Edge-Core and Quanta have all been pumping out various 10G, 40G, and now 100G white box switches. Generally Broadcom's Trident+, Trident II or Tomahawk ASICs at the core.

Out of the Open Network Install Environments (ONIE): Cumulus, Big Switch, and PicOS seem to be the more popular with Cumulus having more mindshare to me. That is a pretty fuzzy situation to me though. I'm not too sure who is winning in the ONIE space.

Any how, here are some samplings via links to some of the current offerings:


Interesting alternative platforms to the usual suspects, especially when combined with alternative network operating systems. In that respect, I note some of the Quanta switches are listed as Ubuntu Compliant for their x86 Intel Rangely which has left me wondering about what that means exactly...

Anyhow, here is a pretty decent tutorial on the whitebox market from Big Switch Network's Rob Sherwood from ONUG last year if you wish to meander some more.

Network OS choices via ONIE seem more important than the hardware itself.


_____________________
Update: I saw Chalon Duncan post a reference to the following article which explains what I was missing about Ubuntu on switch platforms:

Is Michelle Gordon the best the Coalition could do? The Australian, Professor James Allan, 1 May 2015


"The point is that you might have thought an Abbott government would want to make High Court appointments based on, you know, who will take a ­conservative approach to interpreting our Constitution. That sort of thing. Instead, after seeing their two High Court appointments thus far, I basically haven’t got a clue what our Attorney-General George Brandis and Prime Minister Tony Abbott are treating as core factors in deciding whom they appoint. The most recent was Michelle Gordon."

"Is identity politics the main game in town now?" 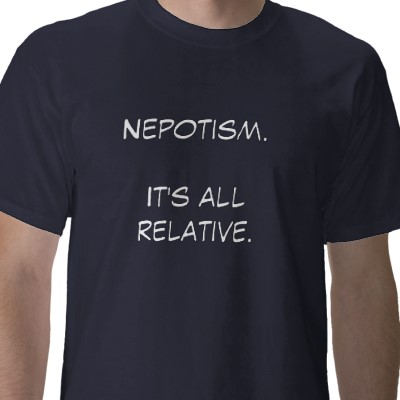 "It’s a joke that in 115 years there hasn’t been a single appointee from South Australia. Or Tasmania. If identity politics is now the only game in town, at least make it a woman from South Australia who just might have a few more federalist inclinations in her than those from the Sydney or Melbourne Bars. To repeat, a conservative government can do better..."

"Is she the best, or even “an obvious top five”, choice the Coalition could have made?"

"Indeed, for the sake of appearances such incestuous-looking appointments ought to have to pass a higher hurdle than would apply to other candidates."

"In other words, to pick the wife of the retiring judge she has to be incontestably better than anyone else."


"Justice Gordon ... insists ... [she] should be judged by the quality of [her] work. While there's much to be said for that, the latest instance is not reassuring for those who think that judges should not intrusively meddle in business arrangements struck by consenting adults. Justice Gordon handed down the original ruling that found the ANZ Bank guilty of "unconscionable" behaviour for simply enforcing a contractual arrangement that included a fee on credit card customers who failed to pay their debts on time. Her judgment displayed plenty of meticulous lawyering but precious little commonsense and was thankfully demolished last week by a full bench of the Federal Court."

"The American system of requiring presidential appointments to the Supreme Court to be confirmed by a Senate is clearly foreign to the Australian political model. But we struggle to fathom how a Liberal Attorney-General has elevated to the highest court in the land a judge who has made such a flawed anti-business ruling." 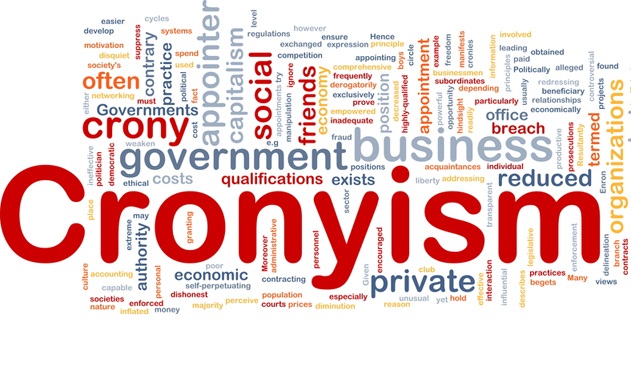 Australia needs a judicial appointments commission to prevent such cronyism from happening again:

The age of perception: a $20 trillion dollar per year opportunity

During the last two to three years, the world has changed.

Perception has been solved. Computers were bad at it. Now they are good at it.

The main culprit is the new generation of artificial neural nets branded as deep learning. Great leaps have been made in image, video, speech and text semantic analysis. The improvements have been stunning in a field used to steady incremental improvement. It has been, and continues to be, simply fantastic scientific drama.


On 30 April 2015, PWC released a good whitepaper on STEM with support from the Centre of Policy Studies (CoPS) at Victoria University. CoPS rolled out their famous computable general equilibrium (CGE) modelling to support the economic considerations. As summarised by PWC, the key findings of the report included:


Much of the report is about the probabilities of disruption to various occupations. Those probabilities were derived from a 17 September 2013 Oxford University paper, "The future of employment: how susceptible are jobs to computerisation" by Carl Frey and Michael Osborne. They reviewed 702 US occupations and found 47% of the total US employment at risk. Not too dissimilar to the 44% of Australia population at risk found by PWC/CoPS.

What does at risk mean? In their conclusion on page 44 Frey & Osborne say, "We refer to these as jobs at risk – i.e. jobs we expect could be automated relatively soon, perhaps over the next decade or two."  Frey and Osborne suggest we do the following to stay relevant, "For workers to win the
race, however, they will have to acquire creative and social skills."

PWC quote an impact of a benefit of some $57 billion being added to GDP for an increase of 1 percent in STEM roles for Australia. A one percent workforce increase is pretty conservative given Australia is over 30 percentage points down on Singapore STEM graduate output from their universities. I understand PWC's reluctance to headline the true scale as it is enormous and difficult to seem credible. It is a revolution on the scale of the industrial revolution.Luddites will be misunderstood again. Opposing the moon and tides is no real choice as you'll be naked when the tide goes out.

Let's meander through the numbers as applied to the Australian top automatable jobs. We'll then multiply by a population factor 14.6 (321M US to 22M Oz). I'll crudely use the Australian Average Weekly Earnings from the Australian Bureau of Statistics which is, um, less than ideal. Then for completeness we'll just scale to the world's population which would have more roles affected but at less value, but let's not allow another complete fudge to stop us. The scale is suggestive. 50% either way and the big numbers are still big. It is a revolution.

$4 trillion of effect per year for the USA. That is quite a sizeable disruptive opportunity. So, the guess is that at around 20-30% of GDP represented by such services will be disrupted by automation. World GDP in 2014 was around $77 trillion, so perhaps we may be looking at a $15 to $25 trillion per annum dollar disruption across the world. That is quite some blue sky opportunity. And risk. You'd better put your head down and be part of the revolution rather than a casualty.

No one likes the guillotine.

At the bottom of this post I've listed the job categories from the PWC report they claim will be less affected. Not quite sure why DBA is in there, but there you go. Debate away.

Personally I think this is going to happen much faster than Fey and Osborne thought (one or two decades) due to the current perception revolution. Let's meander through this revolution in science.

The Age of Perception


Computers have promised since Arthur Samuel's checker program in the 1950's to give us the Jetson age with household robots and cute metal dogs with wagging tails. Sixty years later we're still waiting. A major problem has simply been that computers cannot perceive. No sense from their senses. They have struggled to visually label objects, turn sound into text and never in a crowded room, nor have they been all that good at working out if a story on Reuters is good or bad for a company.

In some cases human performance has been exceeded. Indeed, human level performance is under threat across the entire perception spectrum. Don't forget the perceptions we don't have, such as radar, ultrasonics, infra-red. It is not just wider fields and ranges. The practical harnessing of this powerful array of new perceptive powers has hardly begun.

Geoffrey Hinton, Yann LeCun and Andrew Ng are three notable stars who survived and emerged from the second multi-year neural winter as part of a rapidly growing constellation. It's not just for the big firms. Hundreds of start-ups are scrambling to benefit. Robotic systems at last have the promise of very useful perception.

We're not talking about truly intelligent systems yet, but we will see seemingly intelligent systems thanks to the discovery of the new perceptive powers. I'm referring to useful semantic analysis from sensed data as perception. You have to be careful not to confuse perception, such as semantic classification of a video feed, with true higher level cognitive reasoning. Many tasks just need good perception and adequate heuristics.

You may have used a deep net in the last week and not noticed. The Android or Apple speech recognition on your phone are types of deep learning nets. This is not yet another promise of maybe in a few years we'll really crack it. The future is now. There is a tsunami of application potential building from this great tectonic rumble that is already affecting our lives.


The long awaited automation, or semi-automated, revolution is happening. It is not just about going from cheap floor vacuums to self-driving cars. Our newest children may never know what it is like to pick up the toys of their own children, wash dishes, clean rooms, iron clothes, weed the garden, or do perfunctory cooking.

So why has Google been snapping up robotic and deep learning companies?

This is going to affect you and your family and the choices you need to make. Governments need to plan for the disruption. Societies' economic fabrics with be dissolved and rebuilt simultaneously by the invisible hand.

Fight or flight? Ignorance is flight. The choice is yours.

Note: PWC used computable general equilibrium (CGE) modelling to arrive at their conclusions but it still amounts to crazy arsed intelligent guessing at the end of the day.

I also liked the list of jobs that are unlikely to to be automated. It is hard to agree with all of the probabilities above and below, but it is interesting and a fun debate. Read the Oxford paper. You'd better get yourself and your kids one of these jobs: