HFT’s dirty little secret – where the money comes from

“Truth always rests with the minority, and the minority is always stronger than the majority, because the minority is generally formed by those who really have an opinion, while the strength of a majority is illusory, formed by the gangs who have no opinion — and who, therefore, in the next instant (when it is evident that the minority is the stronger) assume its opinion… while truth again reverts to a new minority.”

As I meander through some of the whacko press that gets shoved into peoples faces, I’m continually surprised at the lack of understanding of HFT.  The voices in the press capable of intelligent and critical thought are being drowned out by the violent words of their not so savvy colleagues. HFTs are painted as the nasty people who bushwhack investors as they pass by and yet nothing could be further from the truth.

You’d think it was a massively complex area, too hard to work out fact from fiction, but it's not.  Even though the concepts are indeed straightforward and not at all hard to discern, there continues to be weird false debates that just recirculate time and time again.  HFT animals are poorly understood. It seems pointless to even try to stem the tide but let me try to stick my finger in the dyke wall and meander through.

What drives the bad press?  The disenfranchised complain and the press picks it up, or the disenfranchised become the press.  The investors, buy side and retail read the press and feel disadvantaged and indeed threatened by the misstatements and untruths. The maddening crowd bays for blood and death via taxes, law and regulation.

So who is really being hurt?

Overall an HFT maker wins by having a better price. That’s it. Buy higher or sell lower. To be successful you have to make LESS money than the pricer you’re replacing by offerring better prices.  Spreads compress.  The market is more efficient.  So, market makers make less.  Other users, call them, for want of a better word, "investors", make MORE money. Simple enough, right?

So the dirty little secret is that HFT eats its own.  They take money off and displace each other. The best bid they better, or the aggressive ask they advance, is most often just pushing aside another HFT market maker. It's an easy idea to understand and just capitalism 101 at work. There is a tendency for new young offspring firms to eat their parents if they survive their birth.  Creative destruction at its finest.  As a group, market makers make less over time as a natural consequence.  Asymptotically the nett profit goes to zero. Expect the clever, small, and thus low cost to prosper only by being the new benchmark in efficiency. It's a tough business.

The real winner is the market.  More for the user.  Retail, the buy side, investors, the true risk consumers, have not ever had the ease of entry and exit they do today.  HFT cares little about medium or long term alpha.  A few seconds is long enough.  The real investment profits are all there for the new asset owner, laying in front of them bleating, with tight spreads the like of which have never been seen before.  The consequences are obvious.  As a tiny or huge investor, today, right now, is the best time in all of history to transact.  You wouldn't think it from reading the papers.

Too many quotes?  A crazy idea. The more the better. Better pricing is not something to be ashamed of.  More competition in pricing is a good thing. Messaging taxes and transaction taxes harm society as they only make the markets less efficient and are the toxic response of the naïve. 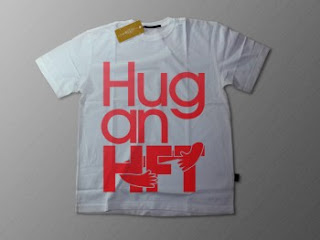 HFTs have transient lives helping the rest of the market as they get destroyed by the more agile.  We should thank them for the social good they do indeed bring to markets despite their motivations.  You should seek out an HFT, thank them and make it soon as they may not be around for long.

Hug an HFT before it's too late.  It may be the only thanks they get.

Posted by Anonymous at 2:00 pm